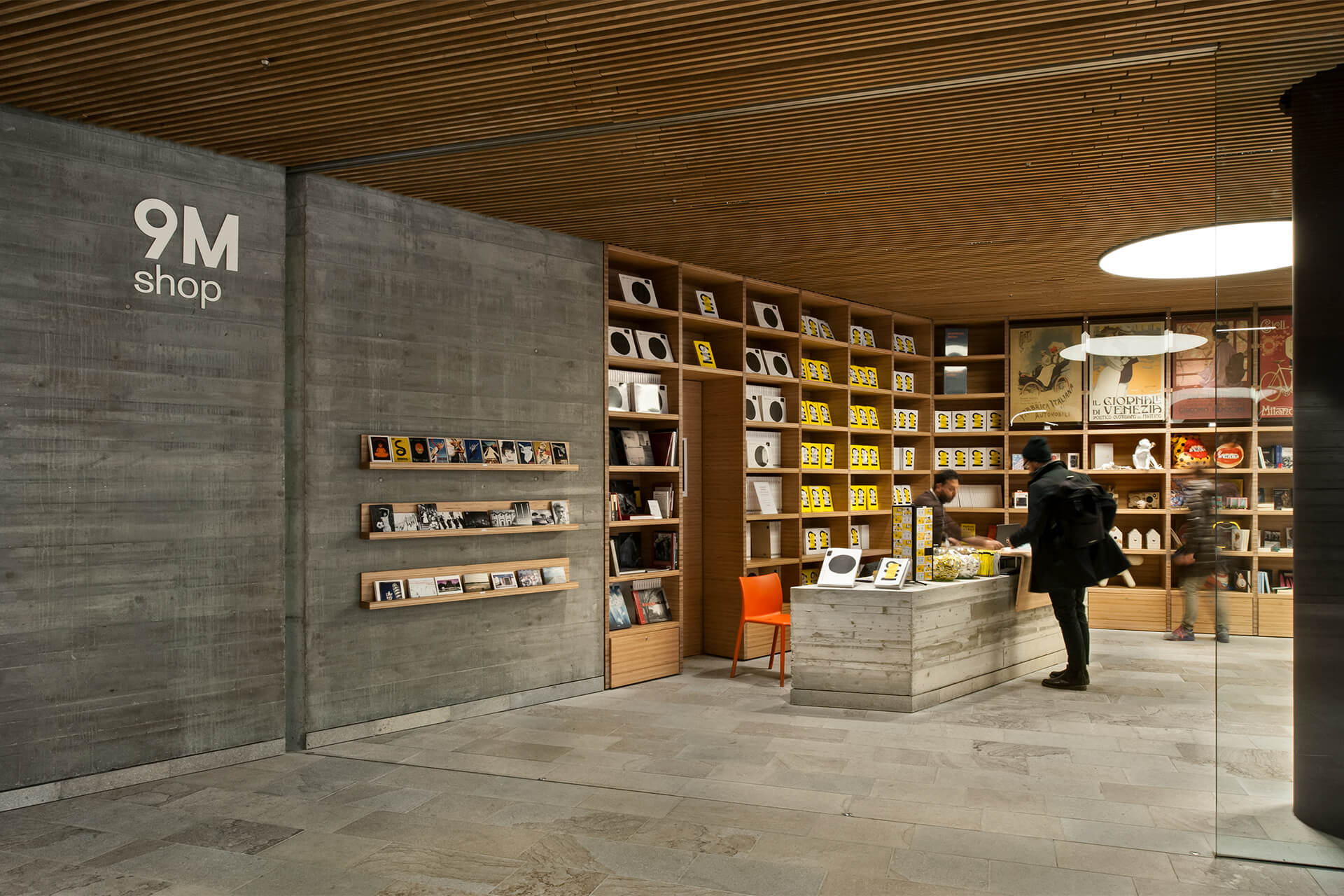 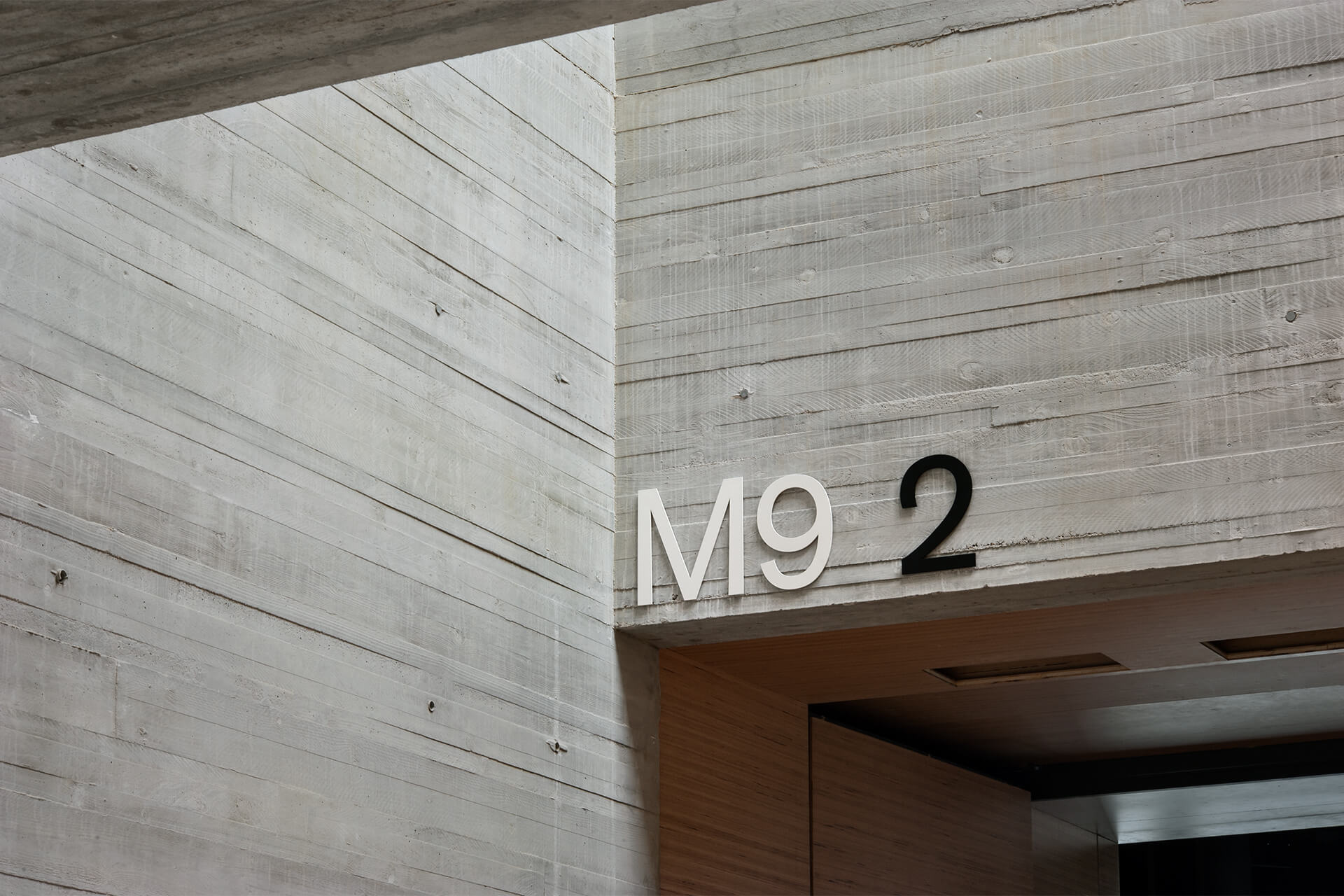 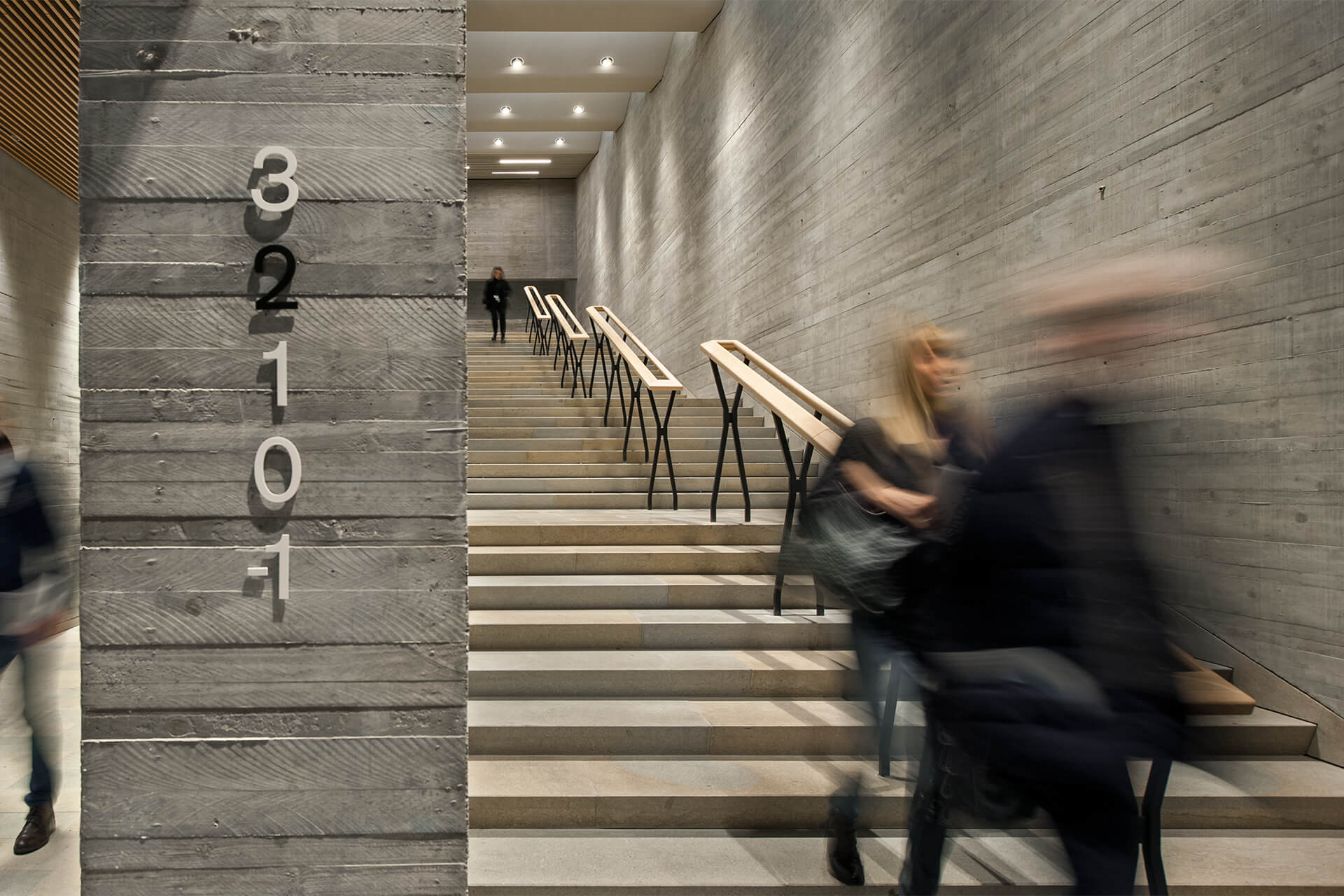 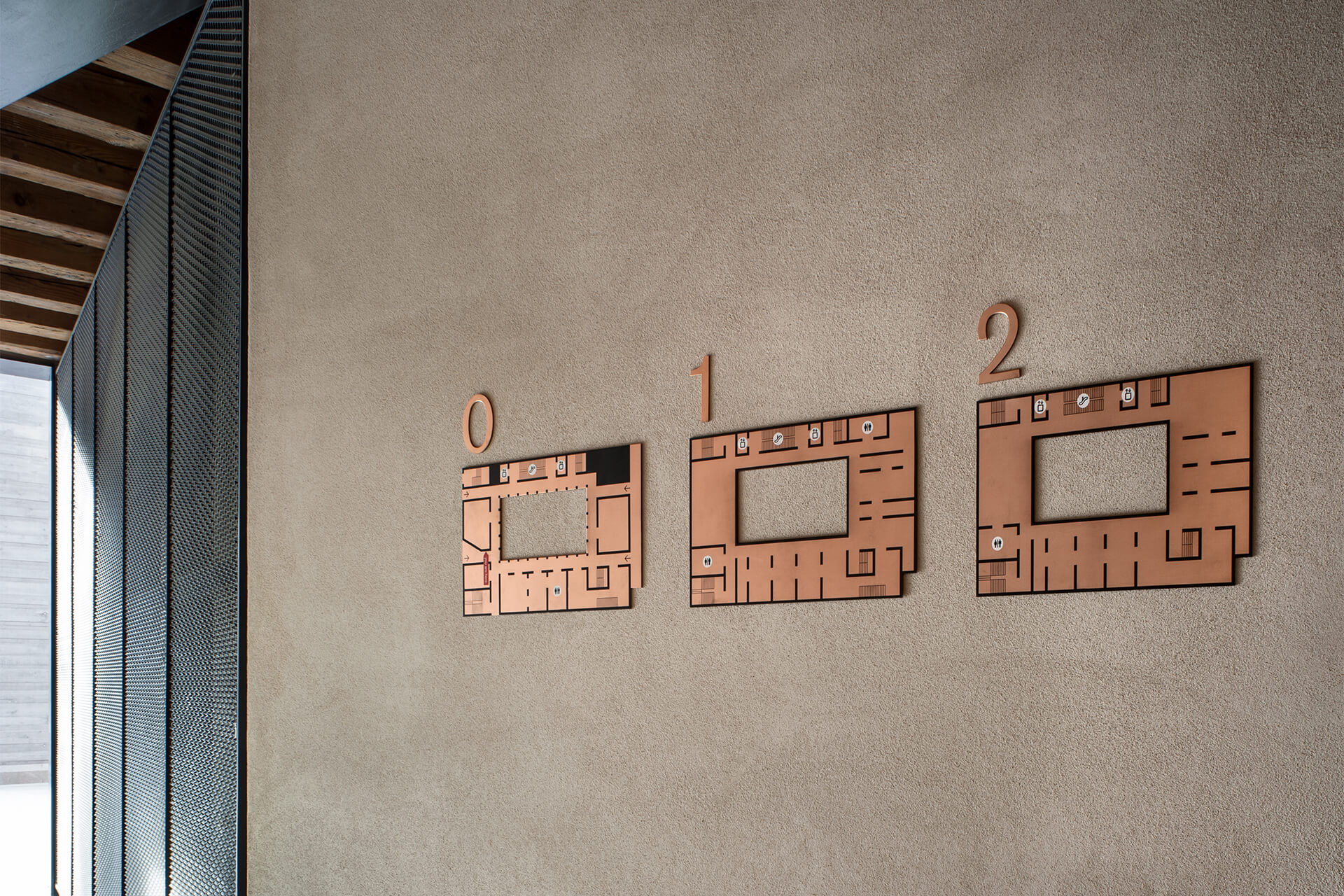 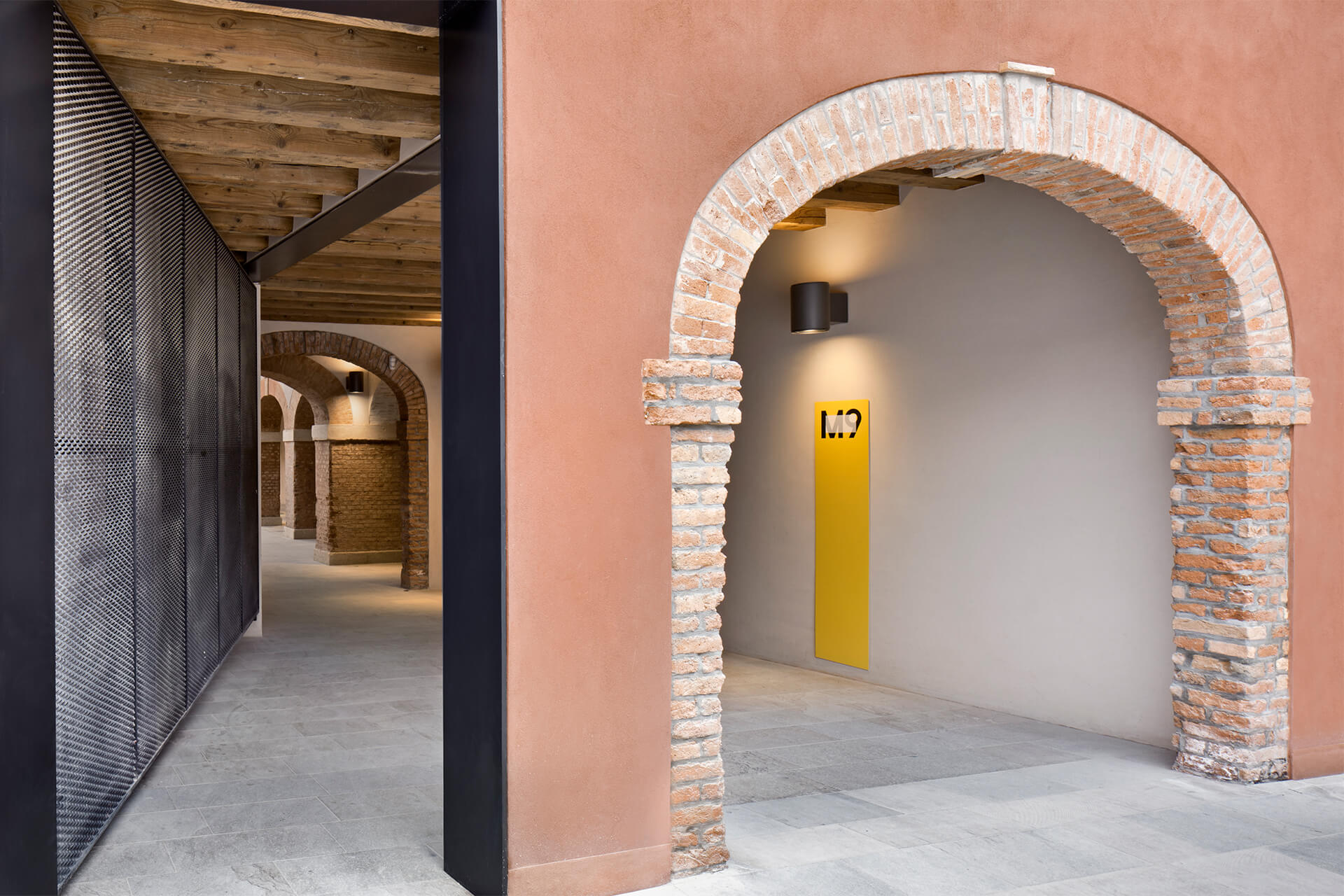 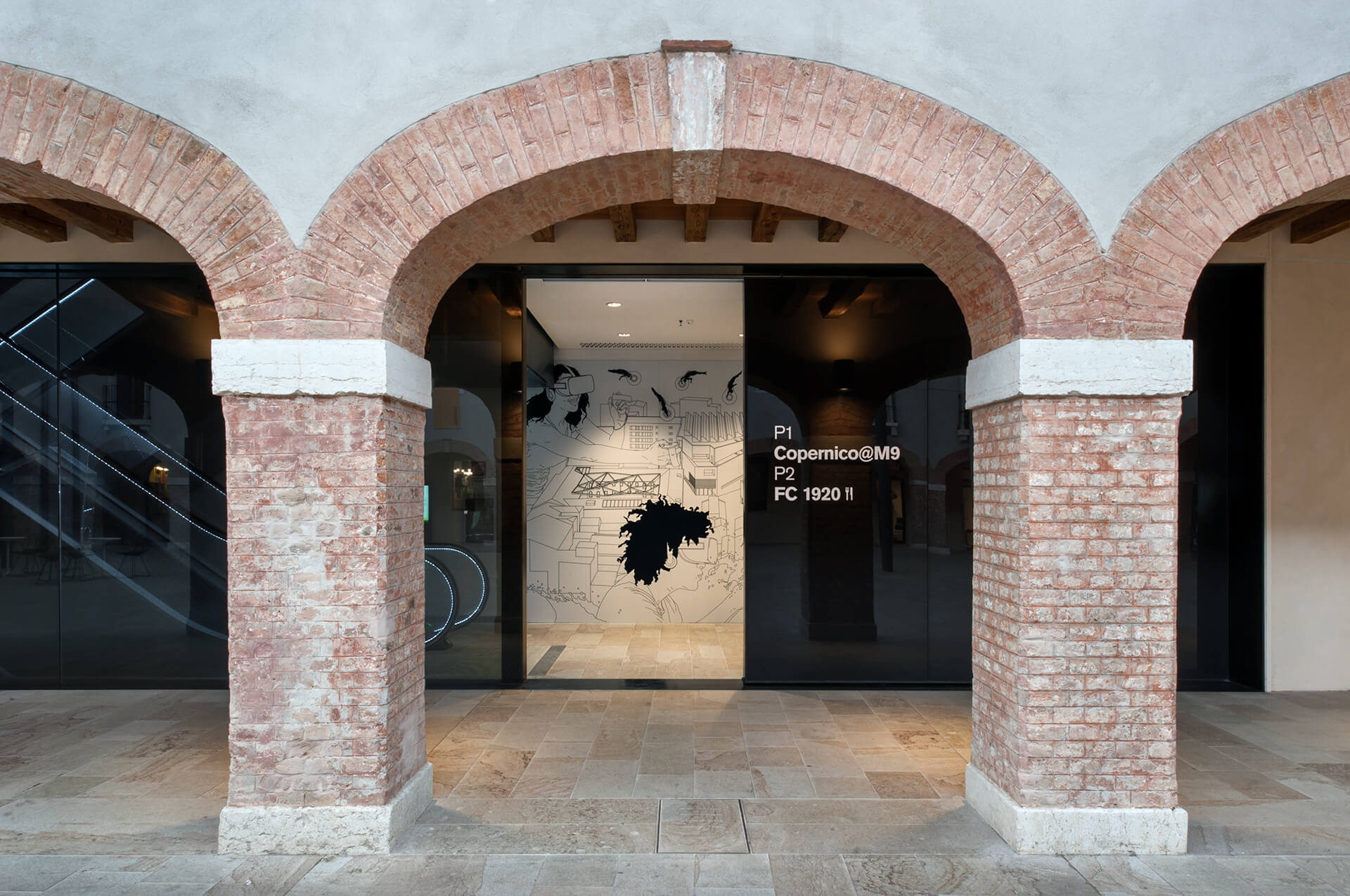 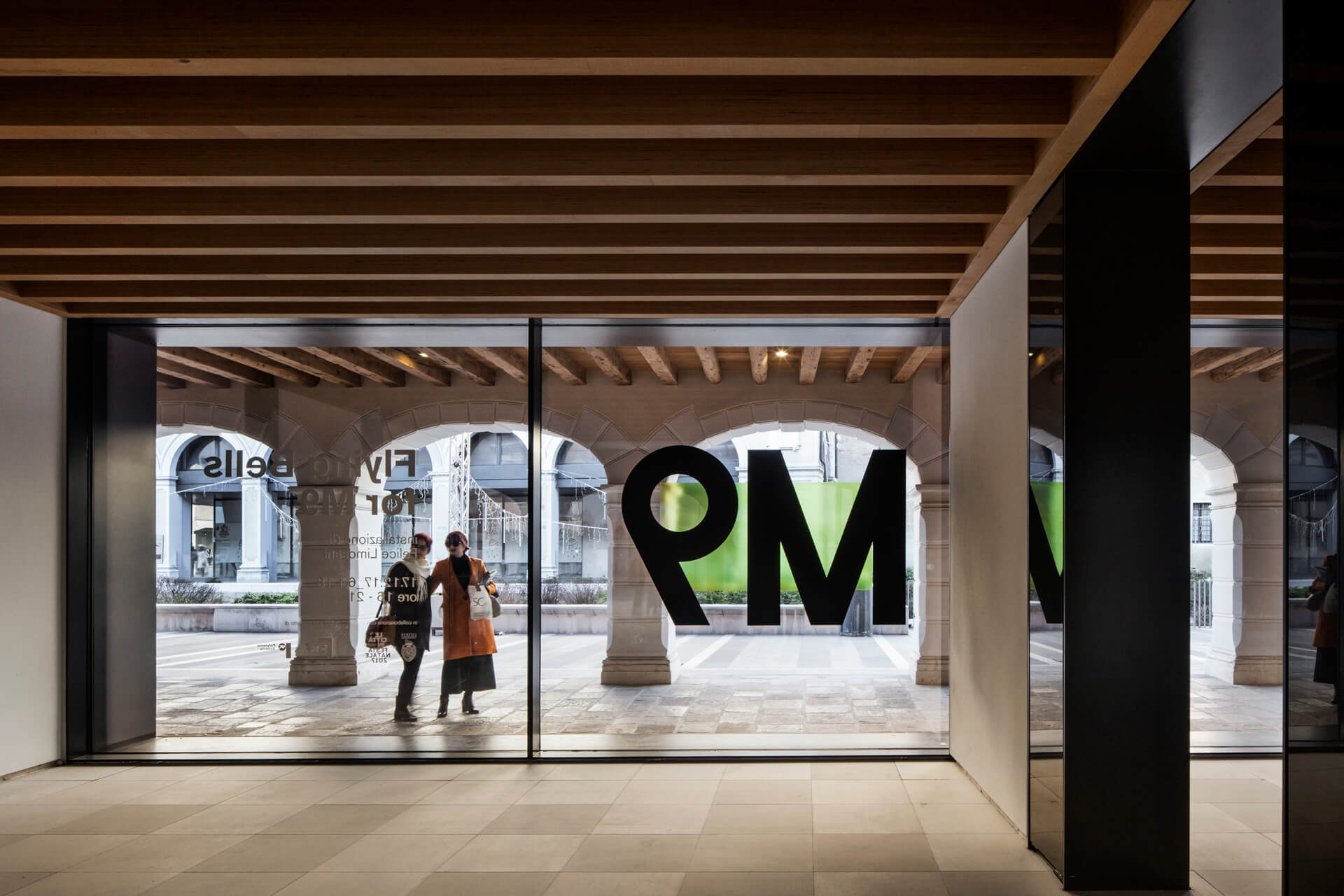 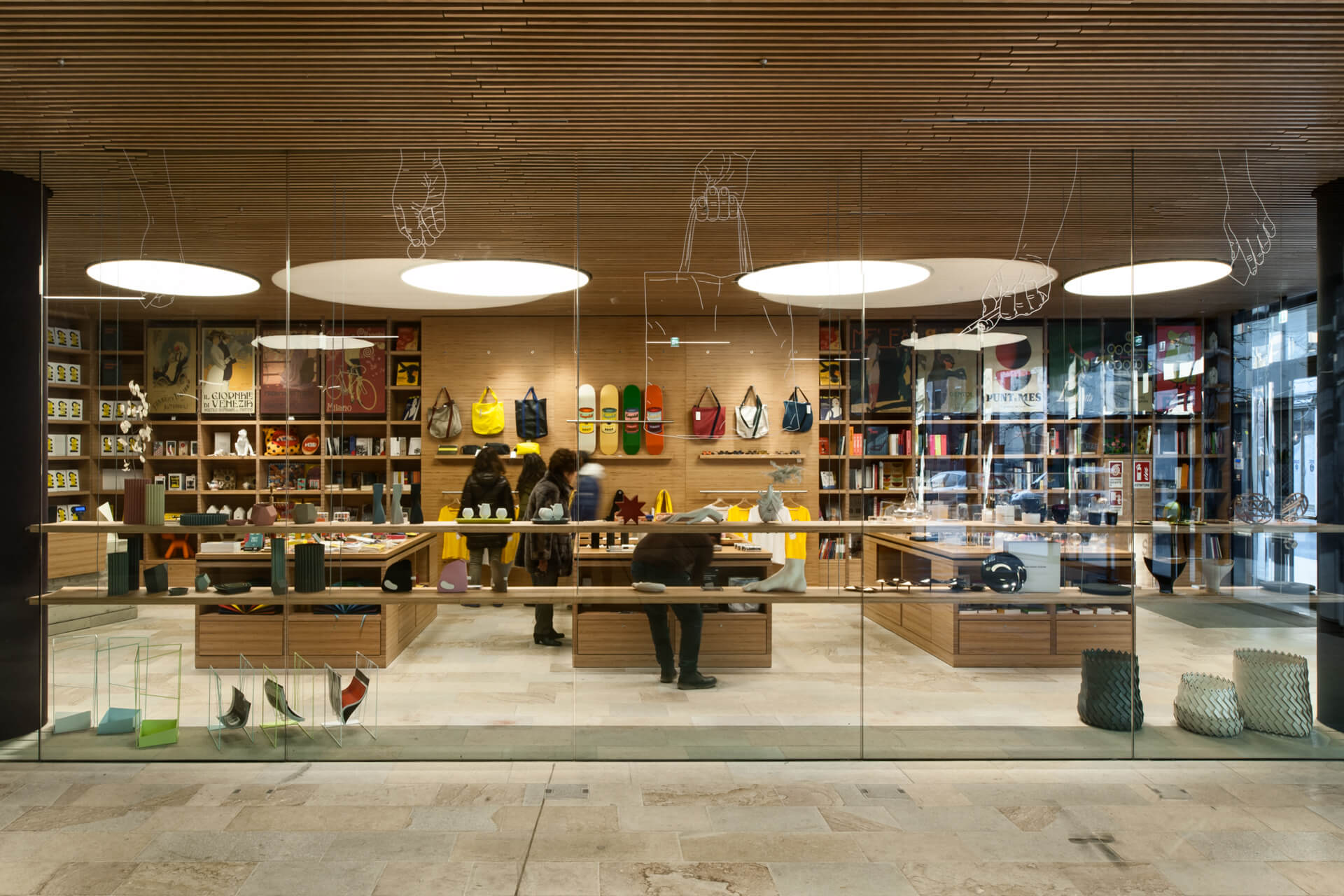 M9 is also an urban regeneration project in an area of the city that includes two sites previously used as a military base and a monastery.

CamuffoLab designed the signage system for M9 District to help visitors find their way around the museum, choosing iron for the interior and copper for the exterior. The orientation system, consistent with the elegance of the architectural lines, is analogical, in full contrast with the museum's digital experience. The retail spaces (bookshop and restaurant) have been enriched with illustrations that recall the style of the museum's interiors.