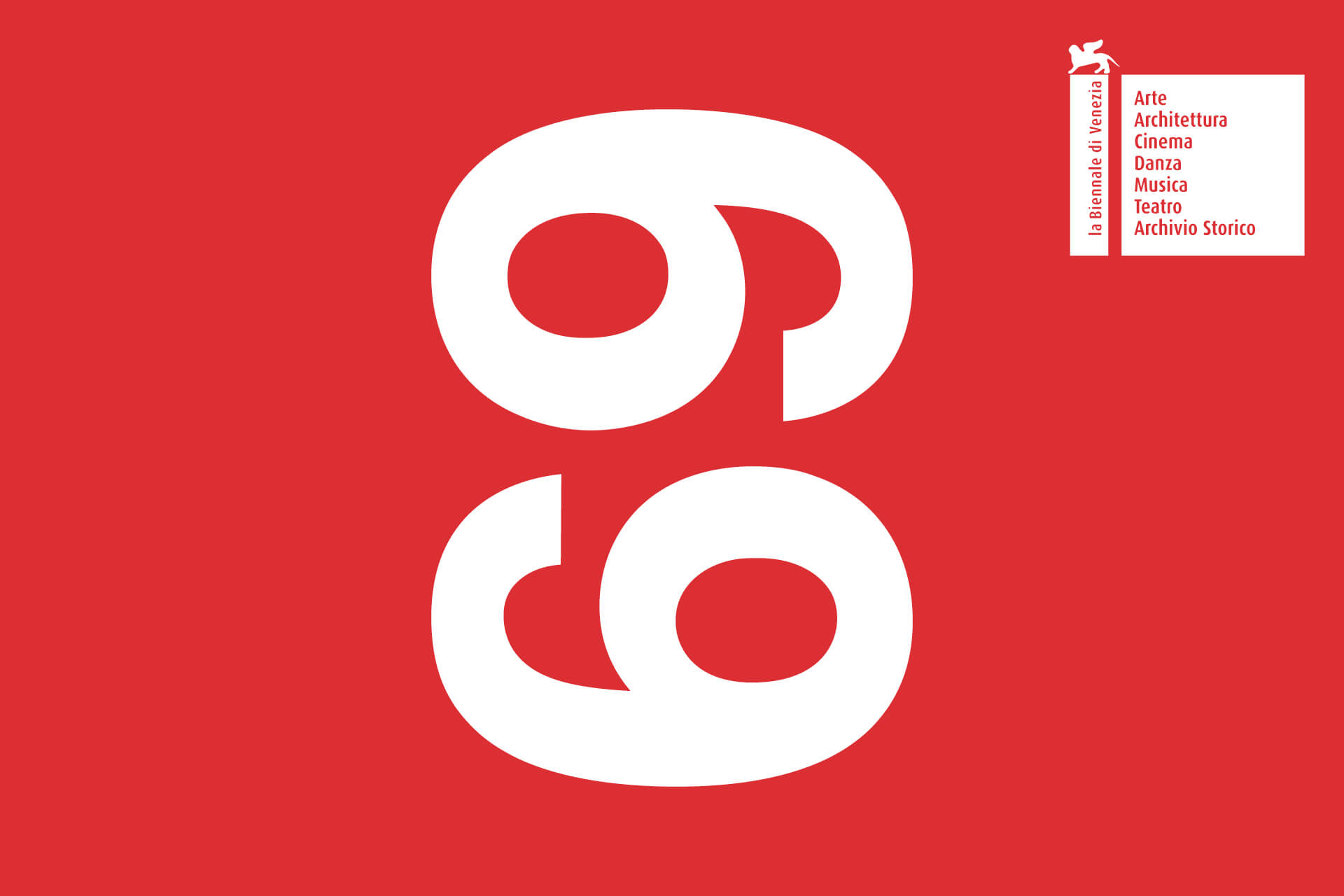 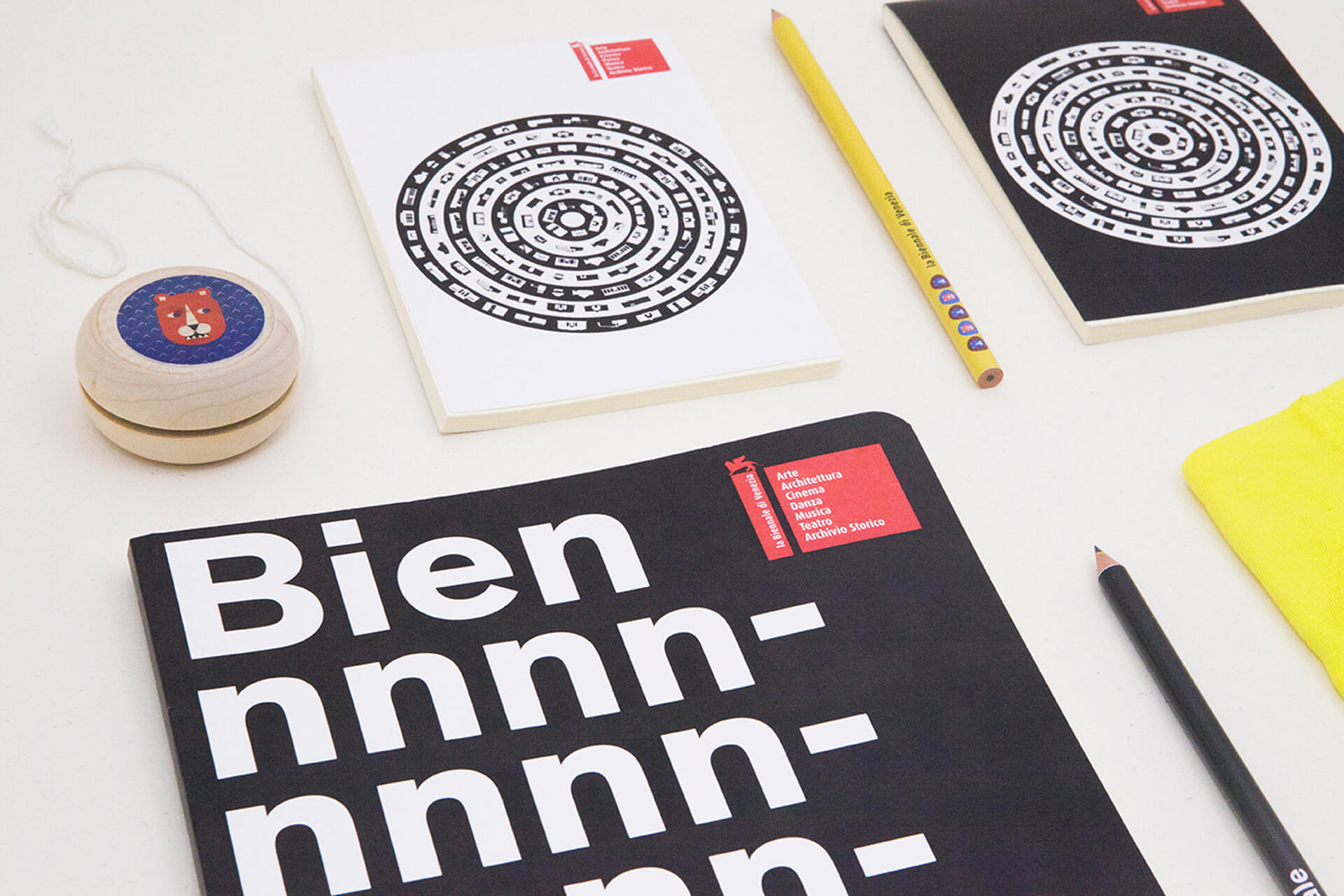 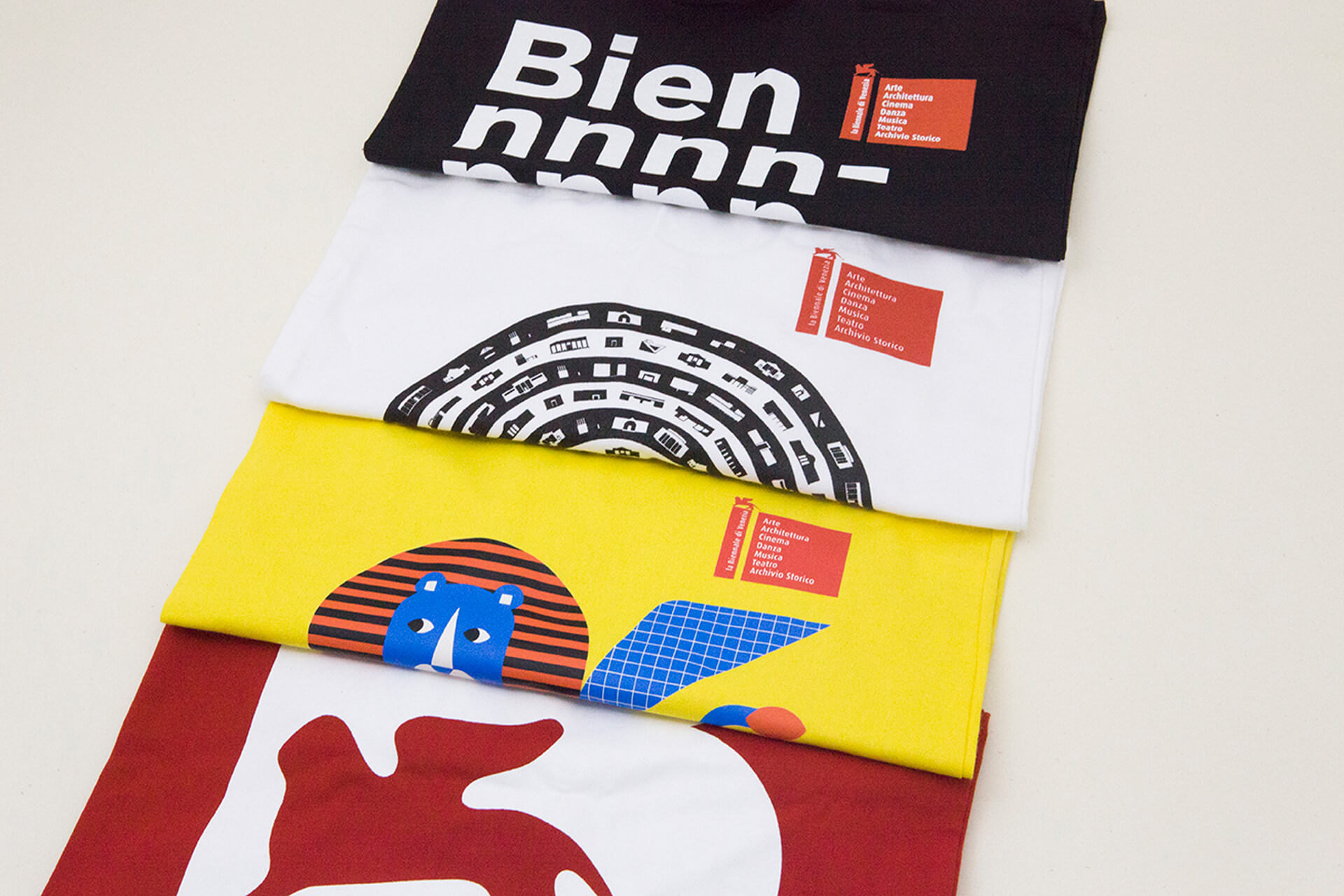 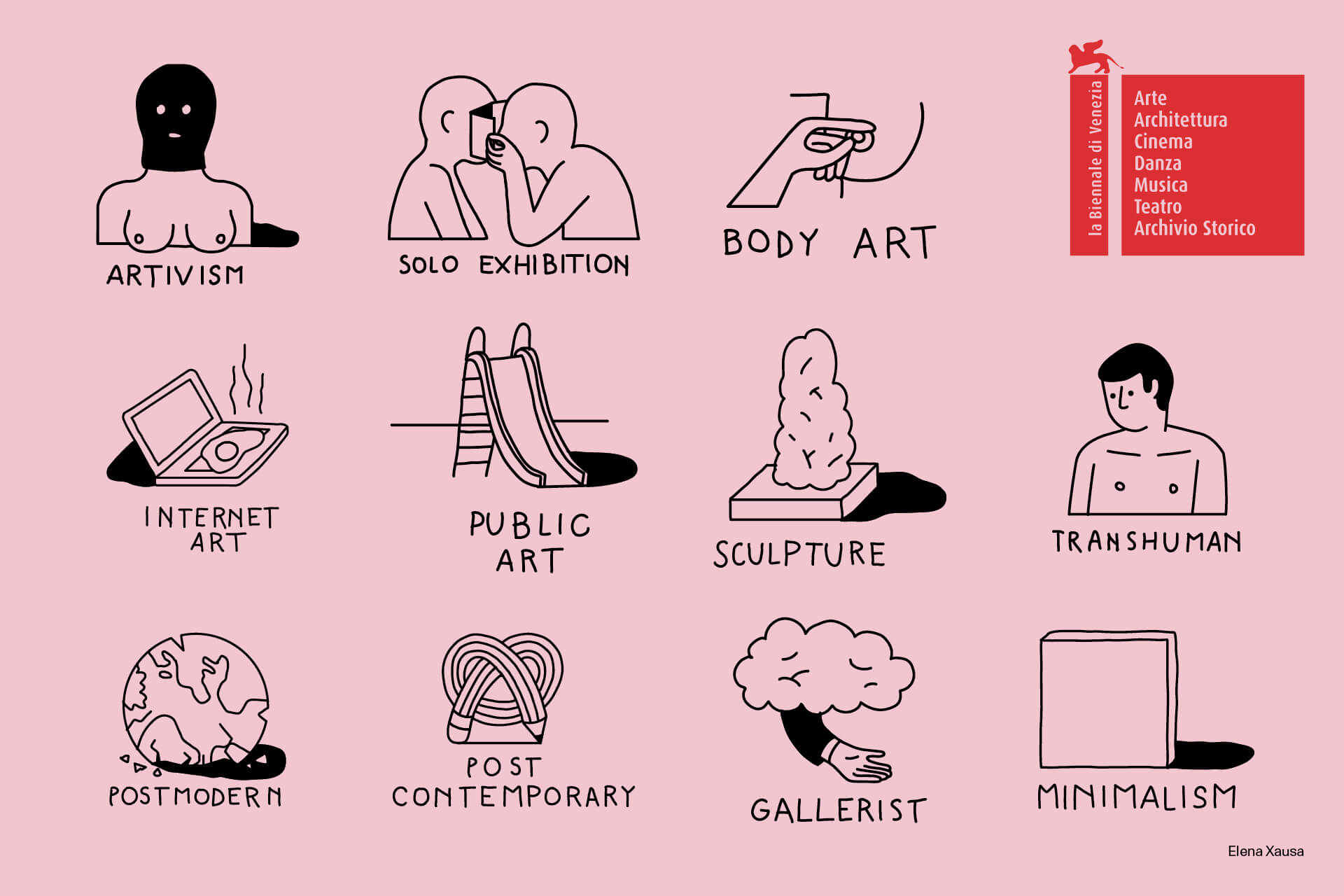 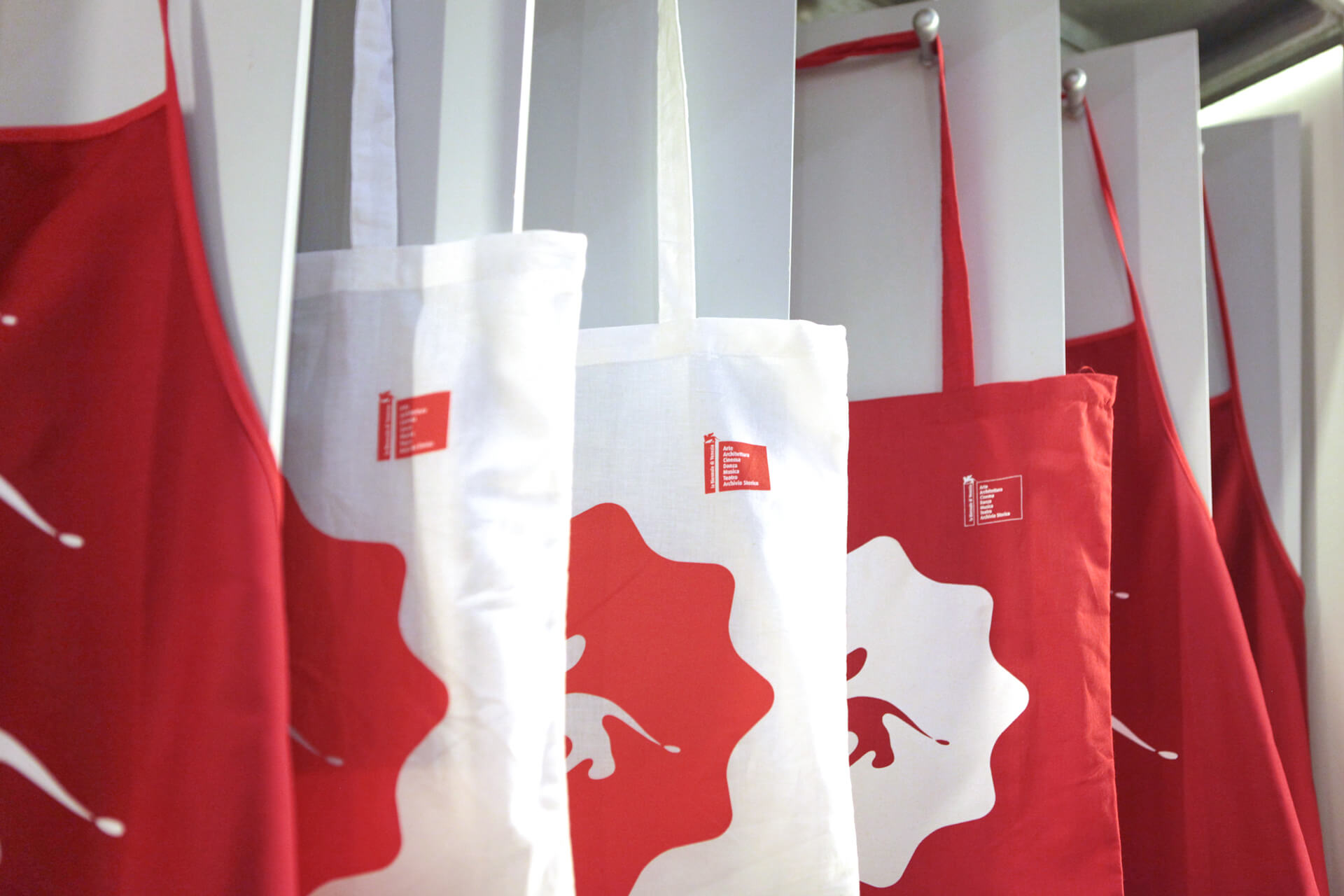 In 2012 and in 2017 CamuffoLab was in charge of the graphic project of the merchandising and of the setting up of the bookshops at the Giardini and at the Corderie of the Venice Biennale, creating also a wall graphic that shows the objects on sale as an exploded-view catalogue.

The lines designed for Electa include the institutional series, characterised by high-impact graphics, the kids series realised in collaboration with MarameoLab, the illustrators series, where five Italian illustrators such as Elena Xausa and Jan Sedmark were asked to realise dedicated works, and finally, the “Amarcord” series where iconic Biennale graphics were used, such as the one by Milton Glaser (1980), transforming them into everyday items.